Israel Mahlatsi Rakoma, known to his fans as ‘STYZIN’ is one of South African’s most inspiring artist,producer and live performer the world has ever come across. Despite having been persistently branded as eccentric  for much of his career, STYZIN has continued to develop his whimsical repertoire, deepen his surreal catalog, and expand his devoted audience beyond the boundaries of cult stature.

Starting his career in Soweto, Southern African ,STYZIN has been compared to such other African music figures as BoogaLuv, Bricks, MDU and Tokollo, specifically because of his versatility in writing, composing and live performance style, though his production/composition bears shades of Spikiri and The LB. Switching gears early to front STYZIN as a solo artist/producer , an artist specializing in melodic, chiming jangle percussions and native African sounds (Ncoba Album remains a classic offering by STYZIN), Prior to fronting his solo act, STYZIN has already achieved 3 top charting singles that saw him signing his first synchronization deal with a T.V drama called “INTER SECTION” which broadcasted nationally on one of the biggest commercial T.V networks known as S.A.B.C . 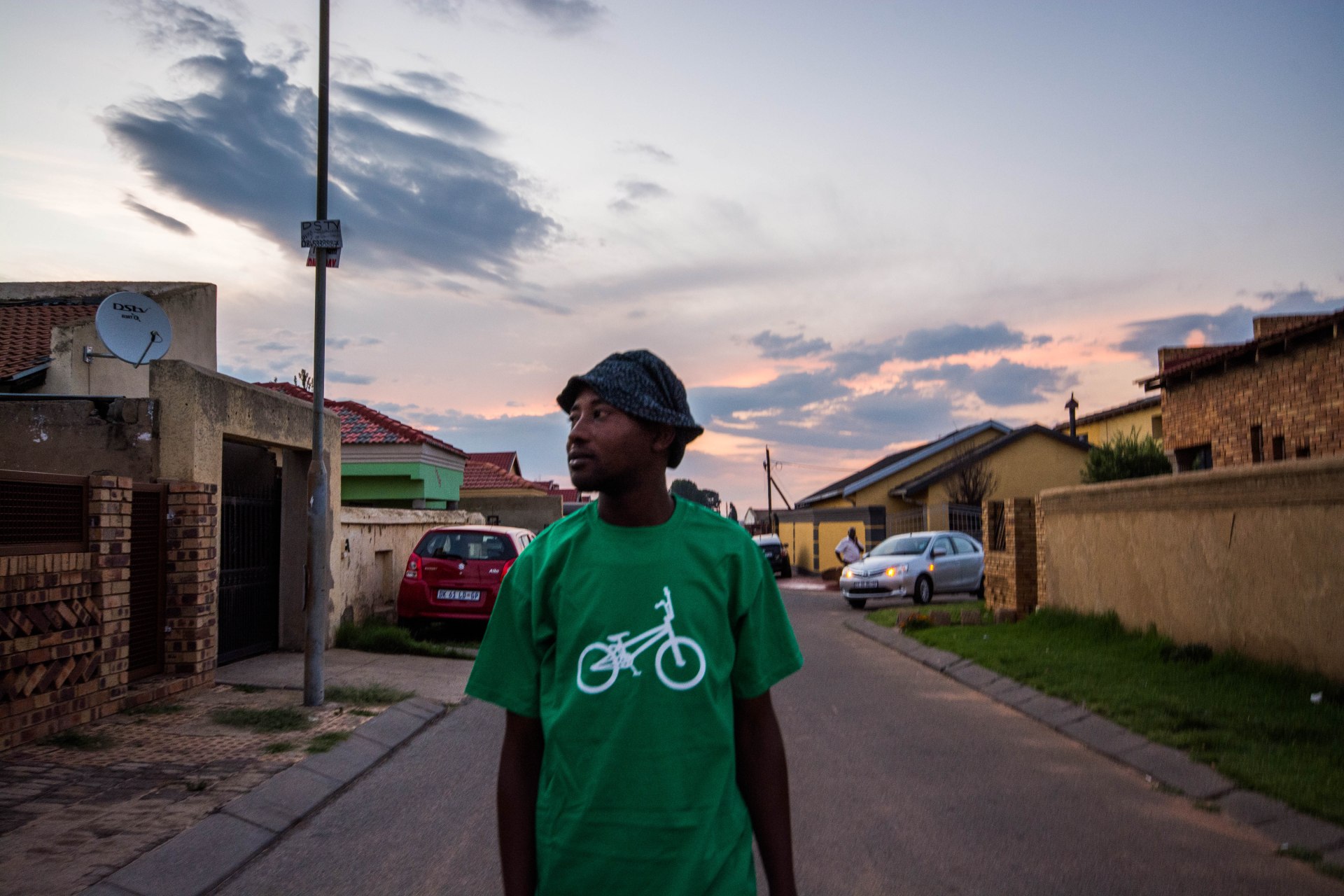 TSEPE TSA BONA (2010) confirmed his reputation as an oddball thanks to his amazing writing skills and his sensational vocal performance, among others. The incredible I PANTSULA (2011) followed, as did the all-acoustic LOVA Ep (2012). By 2013, STYZIN ‘s unpredictable musical ability , saw him achieving his debut studio album immediately after signing a record deal with one of the fastest growing independent record label famously known as LB Recordings, which was founded by his close friend, engineer and executive producer known as The LB.  .

Upon releasing the first studio album( NCOBA), STYZIN has been blessed with a number of things, primarily his debut music video for his hit single titled “TSEPE TSA BONA”, selling over 5000 copies (from the boot of a car), digital distribution of the album on world wide online platforms like ITUNE, AMAZON, E-MUSIC and more, sharing stage with some of African top acts like BRICKS ,K.B, KHULI CHANA, CASSPER NYOVEST, DAVIDO, D’BANJ just to name a few, he has collaborated with both local and international artists like SkroofNoJive, NDUKUMAN, Jay-Popular, Wayne Cooper and many more.

STYZIN is currently in studio working on his second album, in which he decided to again partner with one of the best African producer and long time friend famously known as THE LB to exclusively handle the entire production department of the album. The official release and title of the album is yet to be confirmed.

Listen to his tracks on Soundcloud

This site uses Akismet to reduce spam. Learn how your comment data is processed.